In addition to Village President and Trustee, Kit has served the Village of Brookfield as Finance Chariman, liaison to the Parks and Recreation, Conservation, Administration and Public Safety committees, and as a member of the Audit and Infrastructure Committees, the Planning, Zoning and Economic Development Committee and Board of Local Improvements.

Kit is a member of the Brookfield Chamber of Commerce and the Hollywood Citizens Association. He has served as Director of the Brookfield Historical Society since 1993, was co-chair of the Mainstreet Brookfield Promotion Committee, and volunteered as a Little League and Babe Ruth team sponsor, coach and manager for more than 15 years. Kit also led the group that restored and rededicated the F-86 Sabre Jet Korean War Memorial in Jaycee Ehlert Park. In 2009, Kit was awarded the Studs Terkel Humanities Service Award by the Illinois Humanities Council for his service to the Community.

Kit is the President and General Manager of a Brookfield-based, 30-year-old landscape construction and design firm where he oversees all aspects of the business, including budgeting, forecasting, marketing and project management.

Kit graduated from Lincoln School in Brookfield in 1978, and from Lyons Township High School in 1982. He received his Bachelor’s Degree in Business Administration from the University of Illinois Chicago, majoring in finance and human resource management.

Brigid Weber is currently Brookfield’s Village Clerk and is seeking re-election to that position.  She is a member of the South and West Municipal Clerk’s Association. Brigid is a licensed local Real Estate Broker for Berkshire Hathaway.  Brigid and her husband, Mark are 36-year residents of Brookfield, and have two daughters. Both daughters made their way through District 95 and Riverside-Brookfield High School.

As Village Clerk, Brigid has made it possible to see meeting agendas prior to meetings taking place and audio of past meetings online. Technological improvements in this area have allowed Brookfield to modernize this entire position thanks to Brigid.

Brigid has been a long-time volunteer in Brookfield.  She volunteers with the Chamber of Commerce events, Meet the Creek, Project NICE, Monsters on Mainstreet and more. Brigid has the experience and the commitment to do an outstanding job in this important position. 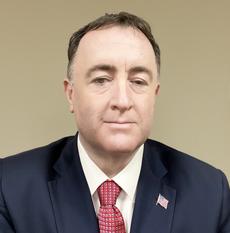 While living in Brookfield Edward has been very active in the community from coaching youth sports at the YMCA, managing both Baseball and Softball teams in Brookfield Little League to his current role in coaching and being an active board member in Brookfield Western Conference Baseball. Edward is an advocate and volunteer for the Share Food Share Love Food Pantry in Brookfield.

Edward is employed with Verizon as a Senior Engineer responsible for IT Security and Compliance. Ed is the lead for security vulnerability remediation for the Verizon Global desktop infrastructure. He manages compliance audits including licensing, PCI, Sarbanes Oxley and GDPR Privacy assessments. Edward writes policies and analyzes processes responsible for keeping Verizon within mandated compliance regulations.

Edward is a Veteran of the U.S. Navy where he served as an Electronics Technician. He received multiple decorations including two Naval Achievement Medals and a Naval Commendation Medal for activities overseas and during the recovery efforts of TWA Flight 800. He is a current member of the Joshua Harris VFW Post 2868. Edward has been invited to serve as a judge on the Military Service Academy Nomination Panel under Illinois’ 4th congressional district. 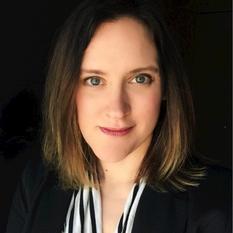 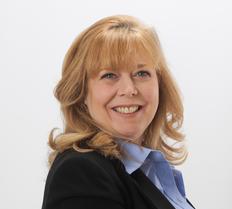 Michael Garvey and his wife Barb have been married for 26 years and have 3 sons, Jake, Luke and Joey, and are lifelong residents of Brookfield. He is a 15-year survivor of eye cancer. Mike previously served as Brookfield Village President from 2005 until 2013. He was elected Village Trustee in 2013 and again, to his current term in 2017.

He serves as President Pro Tem of the Village Board and is the liaison to the Planning and Zoning Commission. Mike was chosen by his fellow local elected officials to be President of the West Cook County Solid Waste Agency and helped negotiate a new 10-year waste disposal contract for the region. Prior to serving as Village President, Mike was elected twice as Village Trustee, after being appointed to that position in 1998. Before serving on the Village Board, Mike was Chairman of the Brookfield Plan Commission.

Mike has practiced law for 30 years in the private sector and is a partner in the firm of Stringini & Garvey, P.C. He was admitted to the United States Supreme Court Bar and has successfully argued before the Illinois Supreme Court. Mike is a member of the Illinois State Bar Association. He received his Bachelor’s Degree in Political Science from DePaul University and his law degree from the University of Illinois-Champaign.

Mike is regular and active volunteer for Project NICE and the Brookfield Chamber of Commerce. He previously volunteered as a Brookfield Little League Manager and is a long-time team sponsor. Mike also has served as a Merit Badge Counselor for Scouts.

Jennifer Hendricks and her husband Matt have lived in Brookfield for fifteen years and have a full house with three great boys, a dog, two cats, and a sassy goldfish. Jennifer served the public in a full-time capacity as a Project Manager in the Planning Department of the Naperville Park District. In this capacity, she was ultimately responsible to all the residents of the District and interacted with the public regularly.

In 2007, she started her volunteer work for Brookfield on the Zoning Board of Appeals. Jennifer has served continuously on that Board and then on the Plan Commission for the Village for 13 years and has seen many changes come to Brookfield. Through these commissions, she has carefully considered public input, worked with staff members, and helped to guide Village policy and growth through new zoning regulations and the Comprehensive Plan.

Jennifer is a professional landscape architect and works at a civil engineering firm. She has been designing private and public projects at an individual and neighborhood scale for over 20 years. She holds a bachelor’s and a master’s degree from the University of Illinois, having studied Ornamental Horticulture and Landscape Architecture. Her master’s work earned her an award in planning from the American Society of Landscape Architects in 2005. Her thesis work as well as her work with the park district focused on sustainable building practices (green roofs, LEED-certification).

In addition, Jennifer has served for 6 years on the Board of Directors of a local non-profit organization (The Tower Chorale). For the last 5 years, she has also served as the Business Manager for this organization, holding responsibility for the fiscal fitness of the organization. Jennifer is dedicated to the Village of Brookfield. She appreciates its beauty, diversity, walkability, connectedness, friendliness, and the passion of its residents. She values having planted roots here and hopes that through service as a Trustee, she may help Brookfield to bloom even brighter. 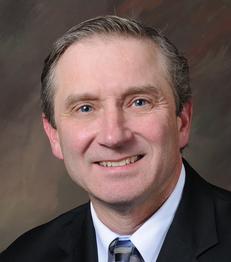 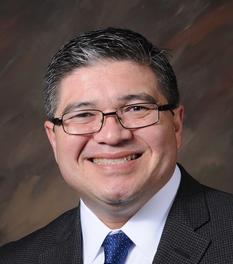